Milan Roberson, a 2016 graduate of Rustin High School, was recently selected from thousands of students living across the nation to participate in the U.S. Physics Team Training Camp.

The training camp is coordinated annually to find students who will be selected to serve on the U.S. Physics Traveling Team and ultimately compete in the International Physics Olympiad. However, the road to the Olympiad isn’t an easy equation. 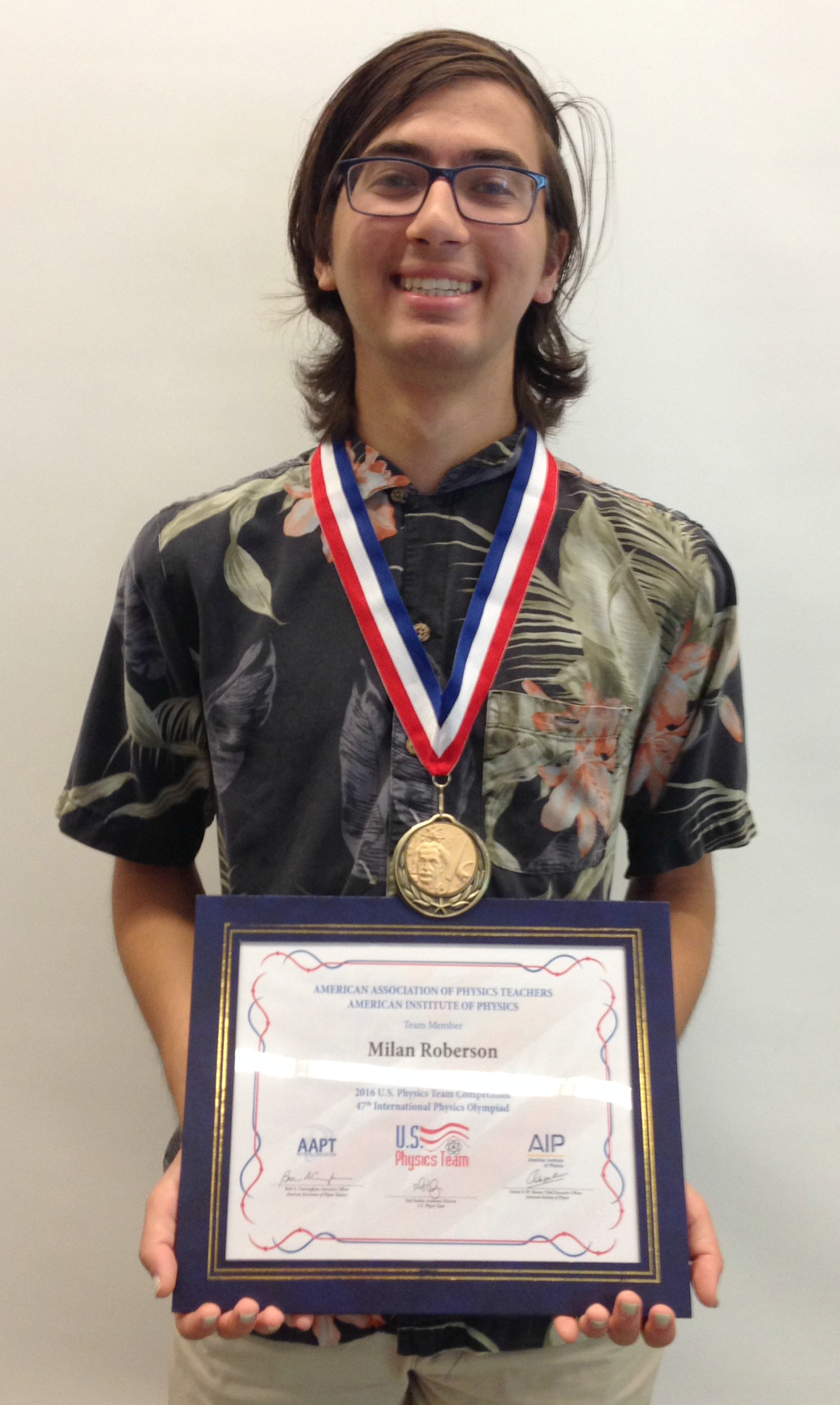 The selection process for the U.S. Physics Traveling team began in January with the administration of a qualifying exam. The top 400 (approximately) scorers were then invited to take another exam, the U.S.A. Physics Olympiad, and those who scored highest were invited to attend the U.S. Physics Team Training Camp at the University of Maryland. Roberson was one of only three students from Pennsylvania selected to participate in the camp.

Twenty-three high school students from across the nation reported to camp in June and participated in ten days of non-stop physics lectures, exams, practice labs, and individual mystery labs. “The hardest part of camp was a five-hour exam that was given in a testing environment that simulated the theoretical portion of the International Physics Olympiad,” said Roberson. Students were given cards that they could raise to indicate that they would like food, needed to use the bathroom, or had a question – similar to the procedures followed in the international competition.

When camp ended, five students were selected to participate on the United States Physics Traveling Team. While Roberson was not one of them, there were no hard feelings among those not selected for the traveling team. “All in all, new friendships were forged, great physics were accomplished, and we even signed each other’s physics textbooks at the end in lieu of yearbooks,” said Roberson. “Having the chance to be surrounded by great young minds with a common love of physics was an experience I will always treasure.”

The U.S. Physics Traveling Team competed against students who hailed from countries across the world in the International Physics Olympiad, which was held in July. The competition tested students’ ability to tackle theoretical and experimental physics tasks in a large variety of subjects, which ranged from classical mechanics to thermodynamics, electromagnetism, optics, special relativity, and modern quantum mechanics. Members of the U.S. Physics Traveling Team went on to earn two gold medals and three silver medals at the Olympiad.

Roberson is grateful for the entire experience, and especially appreciative of his mentors. “While I worked hard to earn the opportunity to participate on the U.S. Physics Team, I also received an incredible amount of support from my teachers, Mr. Byrd and Mr. Suarez,” said Roberson. “Beginning in ninth grade, they nurtured my enthusiasm for physics and helped me get to where I am today.”

In his spare time, Roberson enjoys reading and playing the ukulele, violin, and electric bass. He’s also an avid chess player. While a student at Rustin, he was named a National Merit Finalist and U.S. Presidential Scholar Candidate, and also won numerous medals as a member of the school’s Science Olympiad Team, where he first started working with his mentors Mr. Byrd and Mr. Suarez. Roberson was named Salutatorian of his graduating class and plans to attend California Institute of Technology this fall.