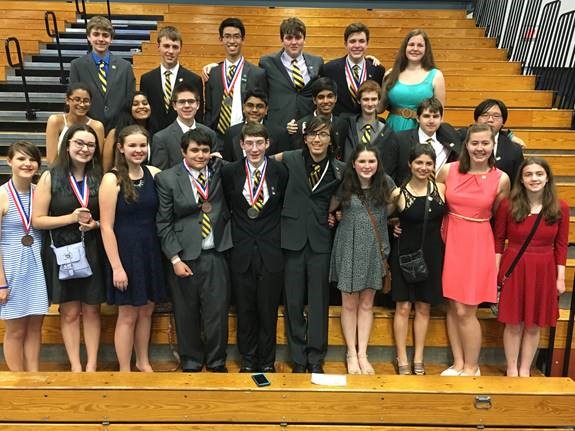 For the second year in a row, Rustin High School’s Science Olympiad Team earned an opportunity to compete in the National Science Olympiad Tournament – and the students have a lot to be proud of. The team placed thirteenth overall in the nation and medaled in the top 6 of 3 out of the 23 events. This marks the best finish the team has had since it was established in 2007.

More than 5,000 students, educators, and parents from all 50 states traveled to the 32nd Annual Science Olympiad National Tournament, which was held at the University of Wisconsin-Stout from May 20 to 21. Rustin was one of only two teams from Pennsylvania that traveled to Wisconsin and participated in the tournament. On the path to competing at the national level, Rustin’s Science Olympiad Team placed second in the State Competition, earning medals in 18 of the 23 events and a trip to the National Tournament.

STEM is an acronym for Science, Technology, Engineering, and Mathematics. Science Olympiad is a national middle and high school team competition in which students compete in events pertaining to various scientific disciplines with the goal of enhancing student education in the science, technology, engineering, and mathematics (STEM) fields. There are more than 7,500 student teams in all 50 states. Learn more about the 2016 National Science Olympiad Tournament by clicking here.