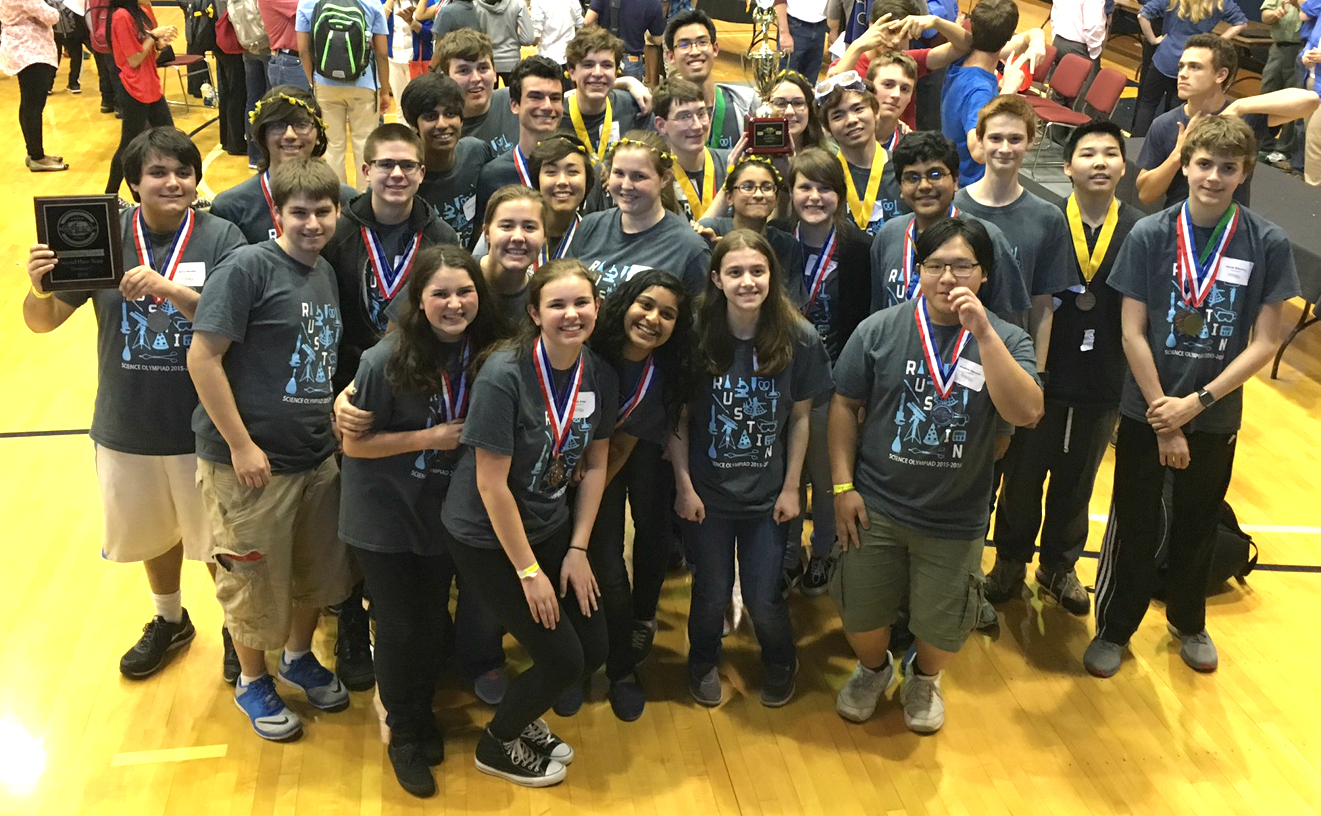 For the second year in a row, Rustin High School’s Science Olympiad Team has earned the chance to compete in the National Science Olympiad Tournament. Rustin is one of only two teams from Pennsylvania that will travel to the University of Wisconsin-Stout from May 19-21 to participate in the tournament.

Science Olympiad is a national middle and high school team competition in which students compete in events pertaining to various scientific disciplines with the goal of enhancing student education in the science, technology, engineering, and mathematics (STEM) fields. There are more than 7,500 teams in all 50 states. Competitions are hosted each year beginning at the local level and advance all the way to national competition. There are 23 team events featured at each competition and they cover topics that include: anatomy, astronomy, cell biology, chemistry, epidemiology, invasive species, and wind power, among others. Competitions are like academic track meets – schools are allowed to bring 15 students from their team to compete in the 23 team events that are coordinated.

When preparing for competitions, students spend hundreds of hours after school studying and practicing. “Team members can often be found in my classroom or Mr. Suarez’s classroom at least three times a week after school,” said Greg Byrd, co-advisor to the Rustin High School Science Olympiad Team. “Several students are here every day. It seems like the question I get asked most often is, ‘How late can we stay?’”

However, students find great value in the time they put in to preparing for competition. “I spend so much time doing work for the Science Olympiad because I love it,” said Grace O’Malley, a sophomore at Rustin who is a member of the school’s team. “There's an incredible feeling of accomplishment when it comes time for competition, and you know that the countless hours you put in paid off.”

In addition to finding value in preparing for competition, students genuinely enjoy spending time with one another. “I love our team. We work together, we compete together, and we win and lose together,” added O’Malley. “I've made some of my best friends through Science Olympiad, and I can confidently say that joining the team was one of the best decisions I've ever made.”