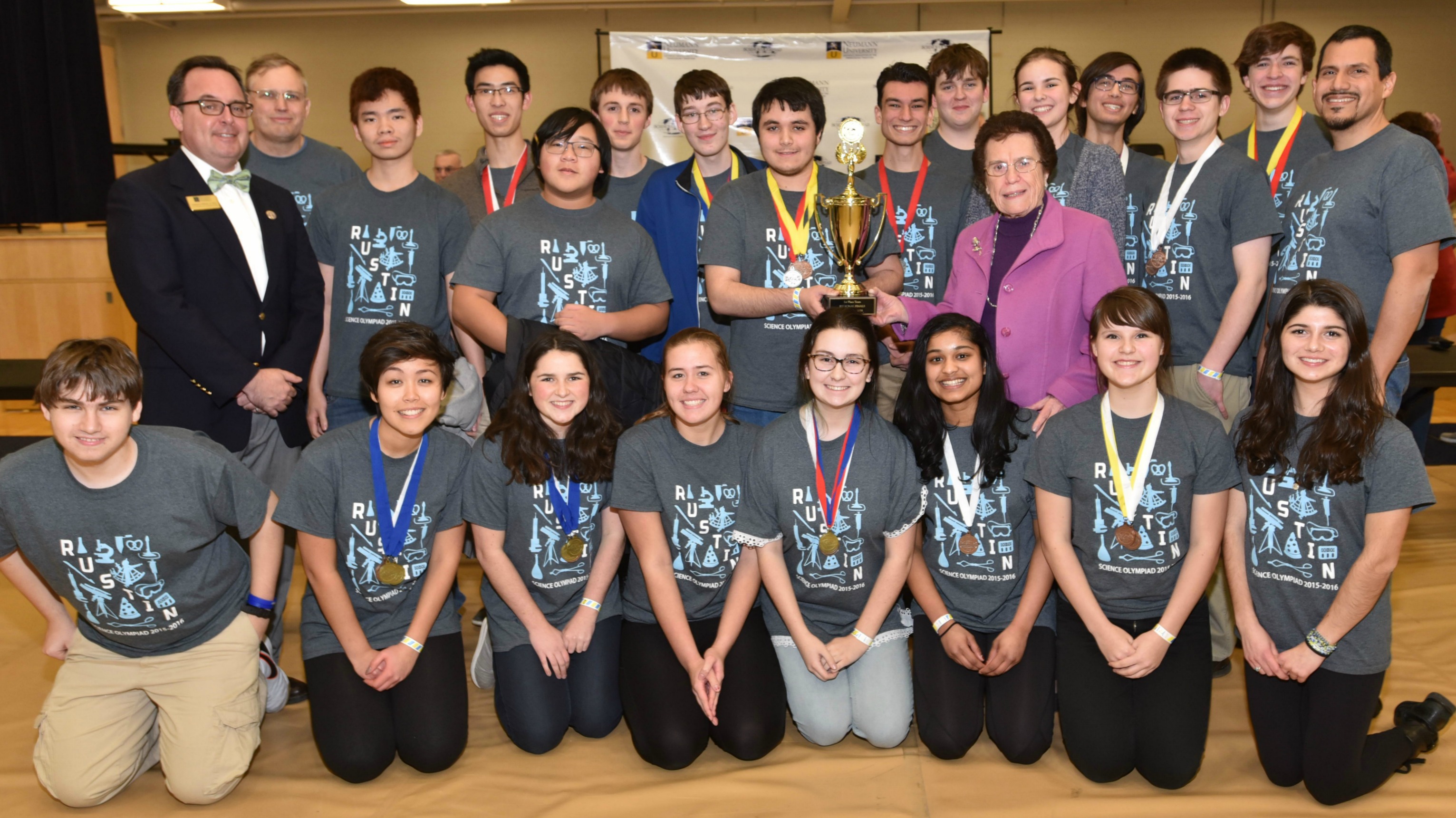 Albert Einstein once said, “The important thing is to never stop questioning.” In the field of science, questioning, experimenting, and testing hypotheses are all keys to success. Founded in 2006, Rustin High School’s Science Olympiad Team has certainly unlocked the door to success by placing first out of 34 teams in this month’s Southeastern PA Regional Competition.

Science Olympiad is an organization that focuses on enhancing student education in the science, technology, engineering, and mathematics (STEM) fields. Competitions are hosted each year, beginning at the local level and advancing to national competition. There are 23 team events featured at each competition with topics that include; astronomy, the planet, invasive species, wind power, air trajectory, and chemistry.

At this year’s regional competition, Rustin medaled in 17 of the 23 events. Greg Byrd, co-coach of Rustin’s Science Olympiad Team, said, “We have to be good in all events. Historically, we have been good in building events. This year we have been particularly good in chemistry lab, cell biology, fossils, and wright stuff.” With hard work and dedication, this team has been able to thrive.

When preparing for the competitions, all 33 members meet at least twice a week for two hours at a time. However, many team members are found studying and practicing more than double this amount of time. “I get to work with some of the best kids on the planet,” added Byrd. “They are smart, funny, silly, committed and just really interesting folks. When you watch a kid work for hours on an event and then succeed in a competition, it is just a great feeling.”

Not only does the team work hard to accomplish great things, they form friendships and bonds with another as well. Following Rustin’s win at regionals, the Science Olympiad Team celebrated with a science fiction movie marathon at a teammate’s house. “This is truly a team,” said Byrd. “They work hard, play well with others, they’re considerate, and they’re helpful.”

May the Rustin High School Science Olympiad Team continue to question, as Albert Einstein would say, as they prepare for states in April and hopefully reach their goal of competing in nationals.