Chen, who plays the cello, spent two weeks rehearsing and playing with the orchestra which was directed by internationally renowned Chinese pianist and conductor Xu Zhong, the orchestra’s founder and musical director. 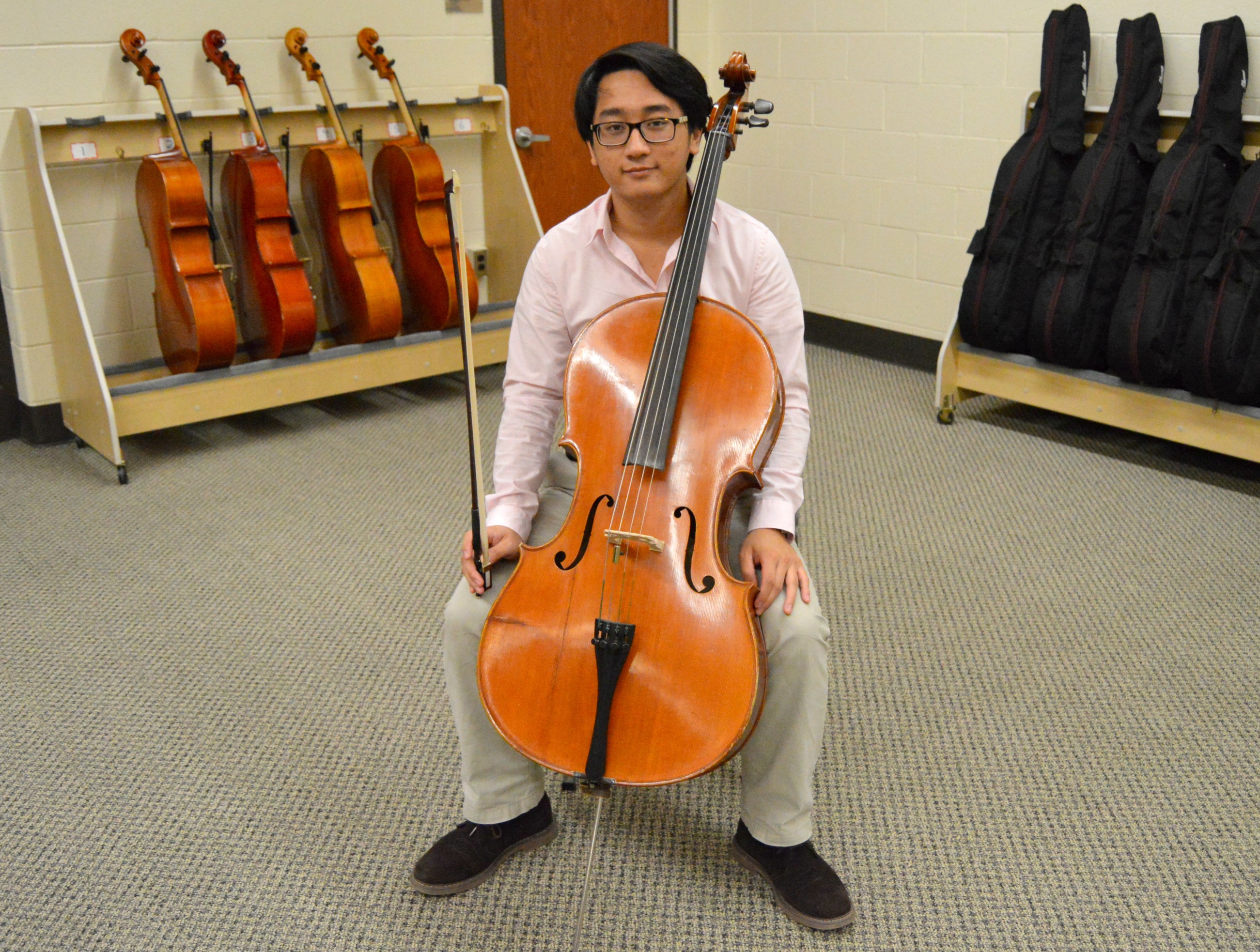 “Playing with the Shanghai International Youth Orchestra was one of the best musical experiences ever,” said Chen, who began playing the cello when he was six years old. “While ‘youth’ in the United States generally implies middle school and high school-age students, in China, it means young adult and college students. I was the youngest person in the orchestra playing alongside musicians from some of the most prestigious conservatories in the world, including Curtis Institute, Coburn School, Paris Conservatory, Shanghai Conservatory, and the Royal College of Music. Some of the members were already playing professionally in the Orchestra National de Lyon and Shanghai Symphony Orchestra.”

The orchestra performed “New China Symphonic Suite” by Ding Shande, the Mozart Clarinet Concerto in A Major, and the full opera “Carmen” by Bizet, at Shanghai Symphony Hall and the National Centre for Performing Arts in Beijing.

When asked what he liked most about his experience with the orchestra, Chen shared he enjoyed playing in a professional setting and being treated as an equal among those who were older than him. “They did not look down on me because of my age or lack of experience, rather, they supported and encouraged me.”

Chen practices four hours per day during the school year and oftentimes up to eight hours over the summer, and can also play the piano, trumpet, and percussion. He is grateful to his high school for helping him learn and grow while a student. “East offers so many music classes to students, from Music Technology to Music Theory,” said Chen, who has been a member of two orchestras, the Concert and Chamber Choir, and has performed at multiple school events and activities. “East High School has given me opportunity after opportunity to really branch out and explore who I am as a musician.”

Chen will attend Carnegie Mellon University in the fall and major in Cello Performance, and plans on becoming a professional musician. “Either I will end up as a professional cellist, or if my dreams come true, I will be the conductor of my own orchestra.”