“Get on the Line” with Coach Eric Anderson 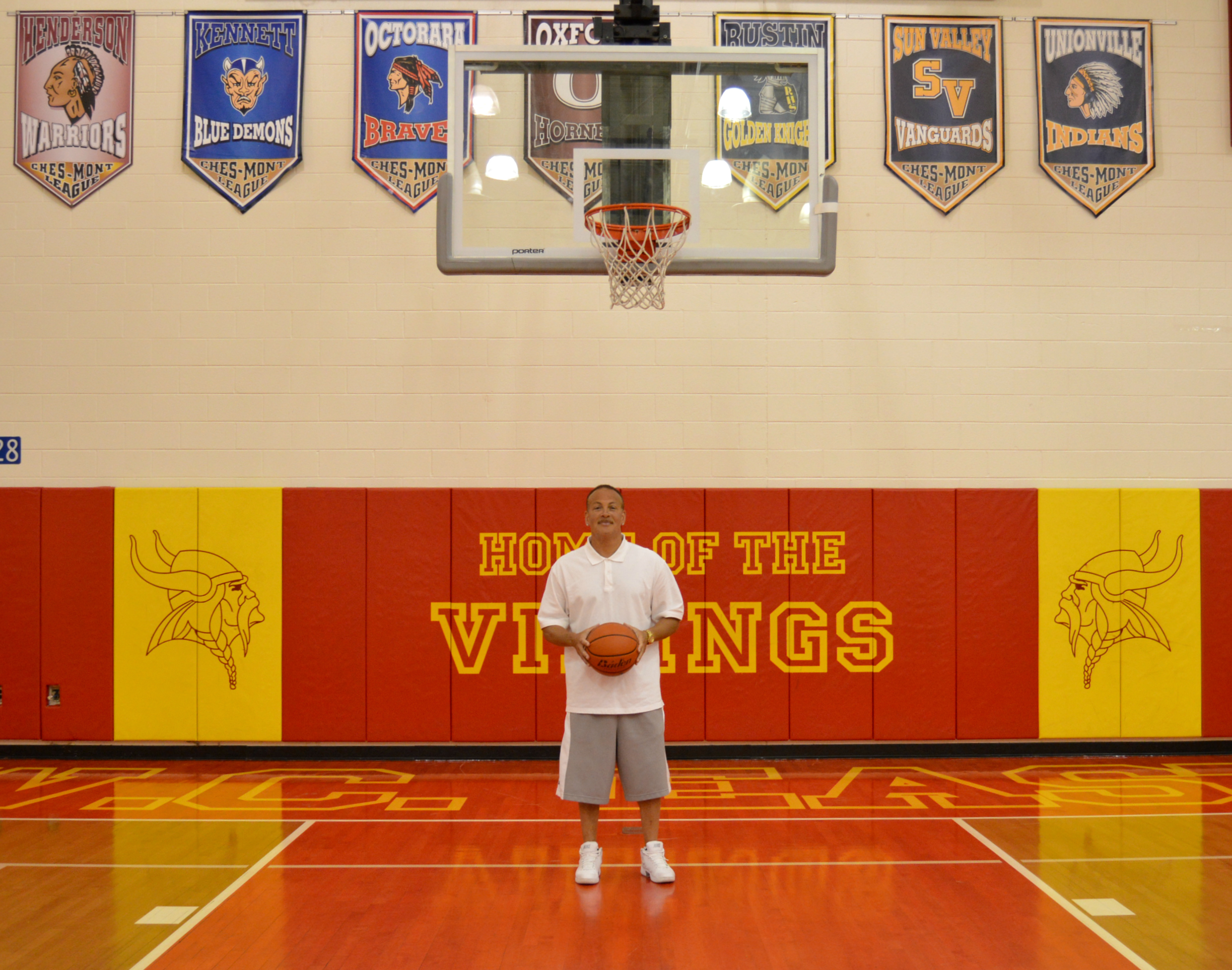 After 21 years on the courts at East High School, boys basketball coach Eric Anderson has decided to hang up his whistle and cheer on the team from the stands. The Communications Office recently caught up with Anderson, the longest tenured coach in the Ches-Mont league, to learn more about the impact he has made and the experiences he has had while coaching basketball in the West Chester Area School District.

Anderson began his journey as a coach after graduating from college, where he played basketball. “I needed to find a way to stay in the game,” he said, and he did just that. In 1985, Coach Anderson joined the Coatesville Area School District’s coaching staff. After seven years on their courts, he began coaching at Pottsgrove, where he obtained his first head coaching position. Anderson joined East High School in 1994, spending 21 years within the WCASD until retiring from coaching at East this past May.

Over the course of his 30 years coaching basketball, Anderson had 266 wins and 251 losses. If he ever gets the opportunity to coach at the college level or if a high school coaching position comes his way in the future, his goal is to reach 300 wins. For now, he plans to take a well-deserved break from coaching and relax while reminiscing about his coaching career.

“We accomplished a lot of firsts at East High School,” Anderson said. In 1999, the team went to the eastern finals and was the first team to ever qualify for states. Along with great accomplishments came strong bonds between his players. “I enjoyed the interaction with the students, watching them develop and grow over the years.” Anderson noted that his relationship with his team went beyond the basketball season and their four years on the court. “Coaching is very rewarding. The relationships you build with each kid, the positive memories, I am so glad I was able to do it and hope to continue to do it.” Anderson often told his players, “When you go to battle on the court, know that I’m going to battle with you. I want you to be successful.”

However, coaching isn’t all fun and games. “If you want to be a coach, you have to have thick skin – you absolutely have to,” said Anderson. “From day one, people won’t agree with your decisions. I played the student athletes who worked hard and were committed. We were there to compete, and play a game.”

Along with accepting criticism and motivating players to play to the best of their ability, Anderson made sure his team was prepared to hit the court on game day. He lived by the motto “failure to prepare is preparing to fail.” Thus, his practices were not known as easy. He could often be heard telling his players to, “get on the line” so they could run laps. Students often joked that if you tried out for basketball, you’d better be good at track. In the end, Anderson’s practices helped prepare his players for success on and off the court.

Although Coach Anderson may be hitting the bench for now, he plans to stay involved with basketball. With his youngest son now playing basketball for Wesley College, Anderson plans to spend time traveling to and attending his games. He also plans to join the crowd in the stands at East High School, cheering the team on to victory, just as they did for him for the past 21 years.