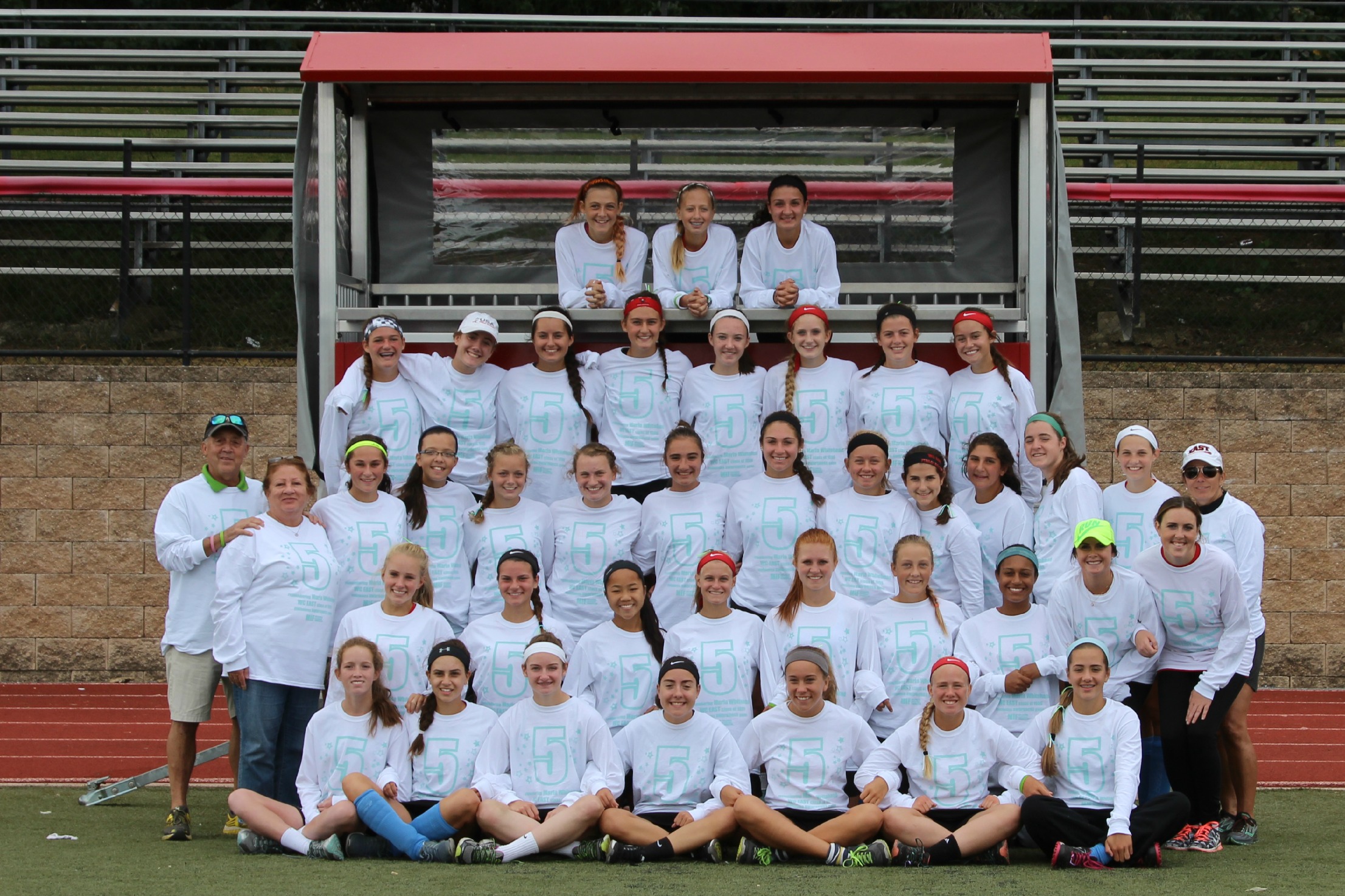 Students made special ribbons and created posters, snacks and custom t-shirts were sold, and team members wore special light blue socks in commemoration as they played against Phoenixville.

By the end of the day, hundreds of dollars were raised in Maria’s name for the Melanoma International Foundation. In addition to the team’s efforts, parents, family members, West Chester Area School District staff, and friends also played a role in making the day a success – from supporting the fundraising efforts, to raising awareness about melanoma, the deadly skin cancer that affects many young people today. “Maria Whitehead’s story has impacted me greatly as a player,” said junior field hockey player and East High School student Valerie Fay. “Her story has made me more aware of how I care for my skin - I didn’t realize how harmful the sun could be until I heard her story.”

Who was Maria Whitehead? 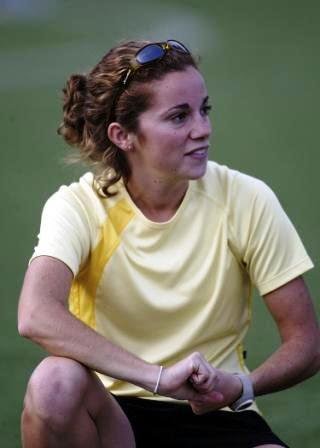 Whitehead was a four-time all-league selection, four-time all-area pick, the 1998 Chester County Field Hockey Player of the Year, MVP of the field hockey team, and a Junior Olympic gold medalist. She was also a four-year starter on the lacrosse team, earning all-conference honors each year. Whitehead was named East High School’s Female Athlete of the Year in 1999 – a special accomplishment presented during her senior year. She continued playing field hockey throughout her college career at Wake Forest University, leading her team to its first NCAA Division I National Championship in 2002 as captain. Two months after graduating from college, Whitehead became the youngest Division 1 Field Hockey Coach in NCAA history at St. Louis University. She later served as an assistant field hockey coach at Duke University. However, early in her coaching career, she learned she had melanoma. She fought a courageous battle against the cancer just as hard as she fought for her wins on the field. Whitehead died from the disease in 2006 at the age of 25 – however, her personality, athleticism, and passion will never be forgotten.

Maria’s parents help keep Maria’s memory alive at East High School and beyond by supporting a scholarship in her name for field hockey players, presented each year to graduating seniors via the Maria Whitehead Memorial Scholarship Fund.

“Maria was a great player, known to always be cheerful and happy, and her legacy lives on,” added Fay. “She made a tremendous impact on the East Field Hockey program, and she will never be forgotten.”