Luke Wierman and his cousin Norah

Henderson High School senior Luke Wierman has a lot to focus on these days. Graduation is right around the corner, followed by a summer of patrolling Long Beach Island keeping people safe before heading off to college in the fall. But, with everything he has to look forward to, Luke is fixated on his young cousin, Norah.

The adorable three-year-old with bright blue eyes and curly blonde locks was diagnosed with Xeroderma pigmentosum (XP) at the age of two.  XP is a rare genetic disorder in which there is a decreased ability to repair DNA damage such as that caused by ultraviolet light. Symptoms may include a severe sunburn after only a few minutes in the sun, nervous system problem, such a hearing loss, poor coordination, loss of mental function, and seizures. People with XP face a high risk of skin cancer, with about half developing the disease by the age of ten without preventative efforts. Those with XP are also at risk of developing other types of cancers, as well as cataracts. 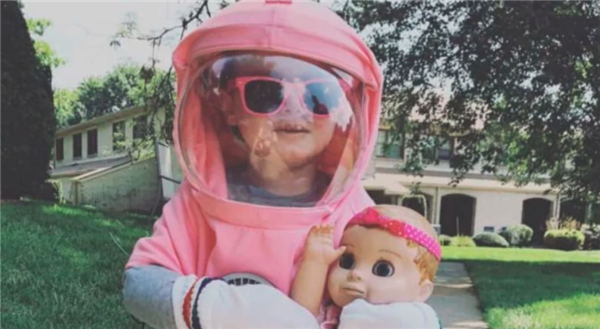 Most people have never heard of XP, which is why Luke has dedicated himself to helping his young cousin through his passion - lacrosse.

Luke has been playing lacrosse since third grade and is a midfielder-face-off specialist for Henderson High School's varsity squad. To help raise awareness for XP and funds to help with Norah's medical care, Luke started Facing Off Vs.XP.

"Every faceoff I take this season is a chance to raise money for Norah and her family," says Wierman. So far, he has raised over $1,800 since the lacrosse season began in mid-march. Luke has five more games to play before the season concludes.

There is no cure for XP and the costs associated with Norah's medical care are expensive. According to Luke, Norah must be covered from head to toe in protective clothing every time she steps foot outside. She requires custom-made masks with a built-in fan to keep her cool in warm temperatures and goes through multiple bottles of specialized sunscreen per week. Her parents must also take protective measures even when Norah is inside including protective film on their windows and light meters.

"She's a very happy little girl, and she's very strong, given what she is going through. I want to tell people about her, so they get an idea of what she is dealing with and the things she has to go through. She is just like every other little girl; she just has some restrictions. I hope she can someday start playing indoor sports. I hope that she stays happy and makes some friends when she gets older. I want her to be a regular little girl and be happy. That's all that really matters."

When Luke isn't busy with his studies, playing lacrosse and helping to raise awareness for XP, he helps coach 8th-grade lacrosse players. He will continue his lacrosse career when he attends Fairfield University in Connecticut this fall. Luke says he will most likely major in business.

To learn more about Facing Off Vs.XP or make a donation, visit pledgeit.org/faceoffvsxp.